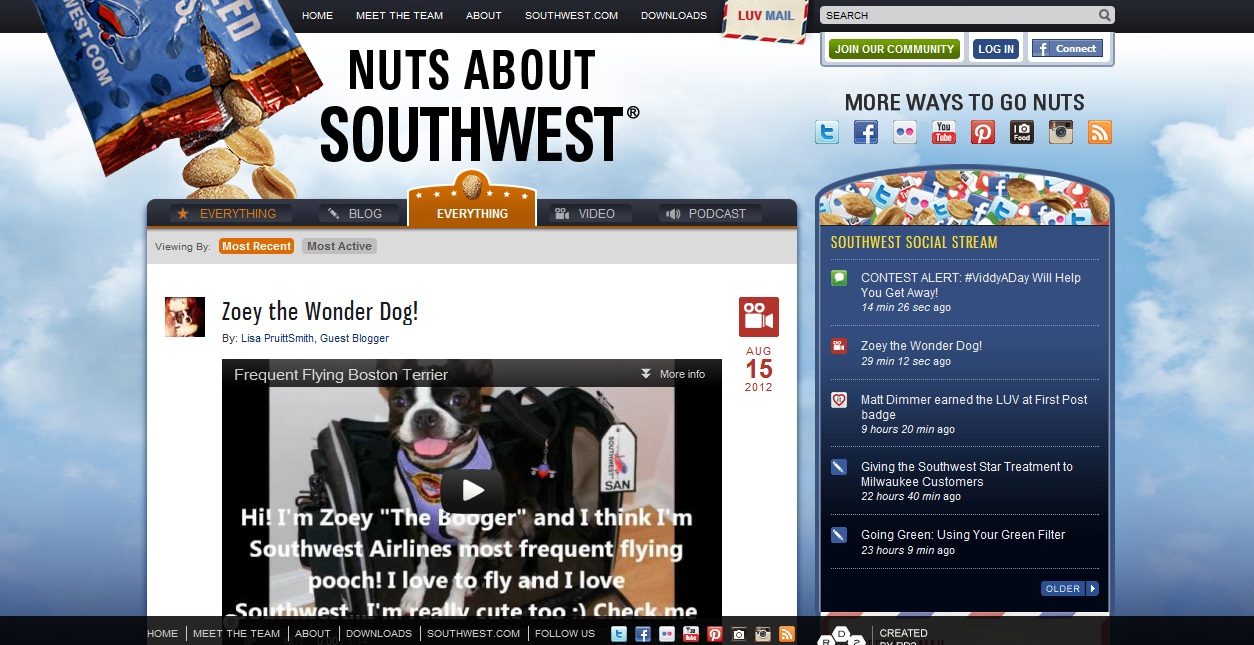 Southwest Airlines’ Nuts About Southwest blog got its start in 2006, as the company was making weekly appearances on the A&E television show “Airline.” That show isn’t on the air anymore, but the blog has become something of a powerhouse for the Dallas-based airline.

Each post on the blog—which may come from the blog’s own editorial team, employees throughout Southwest or even airline customers—has the potential to be seen by millions of fans upon being broadcast through the company’s social media presence.

The blog team’s willingness to find stories in every corner of the business, from the CEO to baggage handlers to customers who mention an interesting adventure on Twitter, and a multimedia approach that includes lots of YouTube videos, made Nuts About Southwest the winner of the 2012 PR Daily Award for Best Blog.

The blog’s editors constantly look for content on Southwest’s intranet, in emails, on Twitter, on Facebook, anywhere they can. The team contacts the employees or customers who have stories to tell, and does tons of prep work to really flesh it out. What are the really interesting details? Is there potential for video? The team manages to post multiple entries every day.

The editorial team doesn’t post just anything. It really gets down to the personal details, which may be why stories such as one about a marriage proposal on a Southwest flight make the local news so often. It also doesn’t hurt that Southwest has 1.3 million Twitter followers and more than 3 million Facebook fans who see links to each post.