After the earthquake and tsunami struck Japan’s Fukushima Daiichi nuclear power plant in March 2011, confidence about nuclear power in the U.S. started to waver.

But Burson-Marsteller’s aggressive, 24/7 listening campaign was focused on alleviating people’s concerns about nuclear power. The 2012 PR Daily Award for Best Listening and Media Monitoring Program goes to this company’s dedication to nonstop service to squash rumors and answer questions through social media.

“With more than 170,000 unique pieces of digital content posted by users online each day at the peak of the crisis, it was clear that the online space would serve as a primary driver of coverage and dialogue about the future of nuclear energy in the U.S.,” says Andrea Wangsanata, who submitted the entry. “The stakes were too high to let widespread misperceptions permanently sway public opinion. It would take a strategic, highly coordinated campaign of integrated online tactics to turn back the tide.”

By collecting hundreds of online posts, the team used Twitter, a blog and video content to address these issues in real time. The Twitter account @NEIUpdates was the focal point for crisis messaging and outreach to key stakeholders capable of shaping public opinion. More than 1,500 people followed it and the team tweeted 600 times. It became a de facto “newsroom” for NEI, as reporters from the Associated Press, The Atlantic, Forbes and The New York Times re-tweeted and reported on information distributed on the channel.

NEI experts were interviewed for YouTube videos, which were shared more than 40,000 times. In addition, the team made NEI’s existing YouTube videos more identifiable in searches related to the current crisis, an effort that brought more than 30,000 additional views, Wangsanata says.

Within days, traffic to the NEI website increased by 1,000 percent, as more than 8 million visitors each day turned to content on www.nei.org. 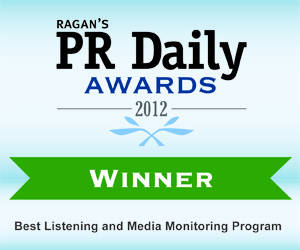