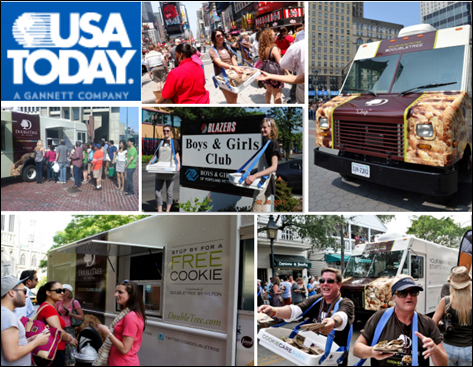 At least it did for Ketchum. The PR firm took its inspiration from the tasty delights when it helped DoubleTree by Hilton build brand awareness around its culture of CARE, a personal level of service that focuses on the little things for guests.

DoubleTree by Hilton gives roughly 60,000 cookies a day to guests when they check in, and 2011 marked the 25th anniversary of the tradition. Ketchum seized on this point and launched the CAREavan tour, featuring a food truck that brought those cookies—and the CARE—beyond DoubleTree by Hilton’s doors and onto the streets of America.

For this epic campaign that reaped major rewards for DoubleTree by Hilton, Ketchum earned the Grand Prize in the first-ever PR Daily Awards.

The campaign started Memorial Day weekend in New York by ambushing morning show plazas and blanketing the city with 50,000 cookies. From the Big Apple, the fully branded food truck embarked on a 50-city coast-to-coast tour from Memorial Day through Labor Day that covered 15,000 miles. (Ketchum worked with experiential marketing vendor Decibel to highlight the best markets for the CAREavan to visit.)

As a result, DoubleTree by Hilton saw increased brand awareness thanks to billions of media impressions in traditional media outlets as well as tens of thousands of new Facebook “likes” and hundreds more Twitter followers.

It also pushed more traffic to DoubleTree by Hilton’s website and caused a spike in Hilton HHonors enrollment.

Plus, CAREavan led to a boost in revenue for DoubleTree by Hilton. 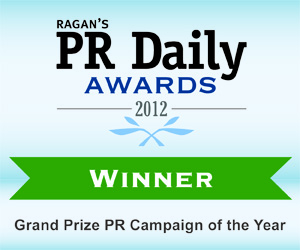