Winner: Arketi Group for the Technology Association of Georgia
SHARE

The Technology Association of Georgia (TAG) wanted to draw attention to the thriving technology community in Georgia. Inspired by the NCAA Men’s Basketball Championship, TAG hired the Arketi Group to create “GEORGIA: The Future of Technology” as part of its “Where Georgia Leads” campaign.

To discover how TAG and Arketi snagged top honors in the Best Use of Twitter category in the 2013 PR Daily Awards, let’s take a look at their playbook. TAG had three goals for the campaign:

To achieve these objectives, Arketi and TAG created a four-month campaign to launch the Technology Tweet Tournament, a Twitter competition positioning the 16 above-mentioned leaders in technology in a bracket-style competition mirroring the NCAA Men’s Basketball Championship brackets.

Two individuals were promoted to tweet at specific times. The person with the most retweets in the following 24 hours advanced to the next round until the winner was announced on April 2, 2012. “Players” tweeted to the hashtag #whereGAleads.

The tournament exceeded campaign objectives. It drove more than 2,500 tweets and retweets, sparked more than 2,000 unique video views, and landed 900 mentions of the hashtag #whereGAleads. Additionally, the campaign engaged two of Georgia’s largest universities because of the final University of Georgia vs. Georgia Institute of Technology matchup. It earned four of the top 20 trending Twitter topics for Atlanta for most of April 2, 3, and 7. Lastly, the campaign secured 12 media placements. 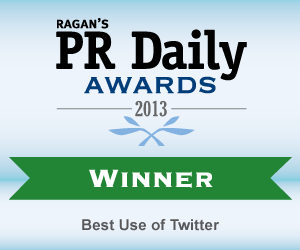