Kid Food Nation was introduced by Boys and Girls Clubs of Canada so children 7–12 could submit healthy, original recipes. The contest was so successful it’s won first place in the “Contest or Giveaway” category of Ragan’s 2017 PR Daily Awards.

The campaign sought to get 1,000 recipes from boys and girls in every province and territory in the country. More than 2,000 were submitted, and the audience for on-air content exceeded 100 million, 233 percent of the audience estimated on Corus Entertainment’s youth-focused channels.

How did Boys and Girls Clubs of Canada pull off this remarkable achievement? A multichannel campaign targeted a website, social media and TV, with all content branded with Boys and Girls Clubs of Canada and the Kid Food Nation logo. On-air content targeted families watching TV from 6–8 p.m. on weeknights, while the website used games, videos, tips about healthy eating and fun cooking facts; kids earned points for their online activities, which could be used for a chance to win cooking-related prizes.

Posters in Boys and Girls Clubs throughout Canada touted the competition, which yielded two winning recipes from each province and territory (13 boys and 13 girls). The winners and their parents attended a gala event, and winning recipes were published in a cookbook that is selling out across the country. 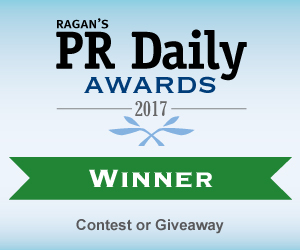