Activision’s Call of Duty game series has been a genuine phenomenon; the newest title, “World War II,” was certain to generate mind-boggling sales numbers. Activision made sure the launch would be spectacular through the use of influencer marketing. The influencers? Athletes. The launch has taken first place in the “Influencer Event” category of the 2017 PR Daily Awards.

Activision and its agency partner, PMK*BNC took the game on the road to give fans a sneak peak. The connection between the first-person combat game and athletics? “Who better to tout this return than professional athletes who embody camaraderie and brotherhood each day on the field?” says Activision.

Before the game and details of the campaign were revealed, Activision brought exclusive previews to Philadelphia and New York City for players attending the NFL and NBA drafts; draft picks were among the first people anywhere to learn details. Activision also cast Le’Veon Bell and Alejandro Villaneuva as in-game characters, generating massive awareness based on the size of their social media following. The pair hosted a private sneak preview event for their fellow teammates, breaking the news the evening of the event across social platforms.

Congratulations to Activision and PMK*BMC. 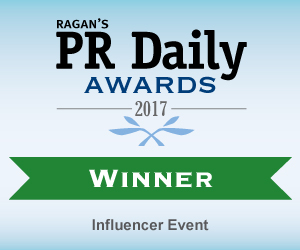