The emerald ash borer is a pest that has devastated the ash tree population throughout the Midwest and Canada. Knowing it’s only a matter of time before the insect makes its way into the Denver area, GroundFloor Media swung into action on behalf of the City and County of Denver to raise awareness about the impending threat. The agency’s efforts have earned first place in the “Location-Based Campaign” category of Ragan’s 2017 PR Daily Awards.

With the attention-grabbing slogan, “Be a Smart Ash,” the campaign was designed to encourage Denver residents to take action by identifying ash trees and making a plan for treating, replacing or removing them.

The team developed a website (www.BeASmartAsh.org) filled with easy-to-use tools to help identify ash trees including an interactive map using tree inventory data for citizens to use to identify ash trees on their property. Getting people to the site involved an integrated campaign that leveraged direct mail to every homeowner in the city and county with an ash tree in the right-of-way and ongoing media outreach that resulted in placements in print and on radio and TV stations. A dedicated Twitter account—@BeASmartAsh—with help from Denver Parks & Recreation’s Instagram and Facebook accounts, supplemented strategically placed content including on local NextDoor accounts.

T-shirts, stickers, magnets, canvas bags and other logo items were distributed at community events. A multi-faceted advertising campaign – including bus tails, posters, digital ads, pay-per-click and display ads – worked together with branded tree tags and tree wraps for treated ash trees to continue to raise awareness and drive traffic to the website throughout the campaign. Additionally, Denver Parks & Recreation’s Office of the City Forester worked with cultural partner Denver Botanic Gardens to fund an original song and a music video.

The website has attracted more than 9,000 views monthly with average time on site of 2½ minutes, while the phone number published on direct mail pieces and the website has received up to 100 calls daily. Most important, the campaign, expected to continue for five years, has rallied citizens to protect Denver’s ash trees from the pernicious emerald ash borer.

Congratulations for the work done by Carissa McCabe, Amy Moynihan, Will Holden in partnership with Sara Davis from Denver’s Office of the City Forester and Cyndi Karvaski from Denver Parks & Recreation, along with an extensive team of experts from GroundFloor Media and its sister agency CenterTable. 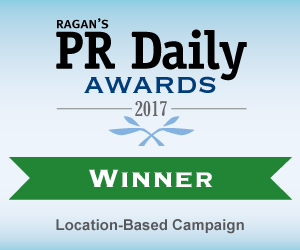