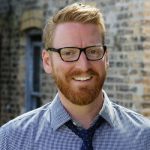 You spent hours on that video script you thought was killer. The entire production came together without any issues.

The person you were interviewing was funny and thought-provoking and even got a little emotional on camera. The edit was painless. The graphics were snappy and delivered on deadline. You came up with the pithiest headline and social media post that would make even @Wendys jealous.

And now: No one is watching! What is happening?

Ever feel like this? Don’t panic. You’re not alone.

Every video producer goes through this. Usually after every video, TV show or film. It’s the loathsome nature of being a visual storyteller. Second-guessing is the worst. You were sure your video was going to go gangbusters, and yet, for whatever reason, it didn’t. It was, for lack of a better term, a mistake. A terrible, awful, you-shouldn’t-have-done-that mistake.

Don’t fret. It’s not that bad.