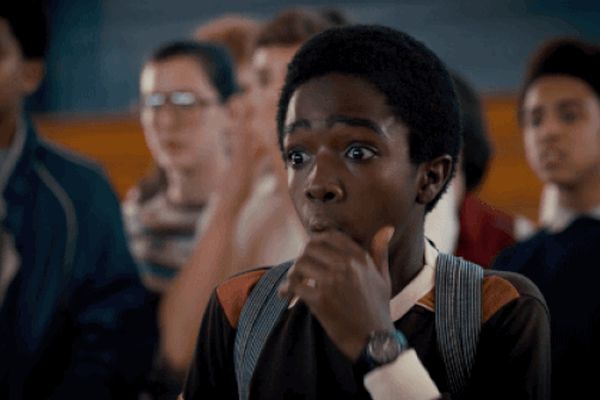 You don’t have to fight monsters to glean insights from Netflix’s hit show, “Stranger Things.”

The adaptation of a Stephen King novel quickly rose in popularity, with many fans calling for more as quickly as possible. The teaser trailer for the show’s third season was released July 16 and has garnered more than 1.6 million views on YouTube:

Though you’ll have to wait for more episodes of the show, here are five crisis communications takeaways from the characters of “Stranger Things”:

Dustin Henderson originally showed his friends the creature found hiding in his trashcan, but once they realized it was from the much darker alternate dimension, the Upside Down, Henderson lied and said he hadn’t seen the Demogorgon-spawn. Instead, he smuggled it under his hat and took it home. The creature soon turned dangerous, and even though it didn’t attack in a pivotal moment, the creature caused plenty of problems.

Lying or trying to cover up the truth usually only helps an organization short term. The truth has a way of coming out, especially as a crisis situation grows. Instead of avoiding the facts, admit mistakes quickly, working to remain as transparent as possible while you communicate a plan to make amends.

After being taken to the Upside Down, Will Byers became possessed by the Mind Flayer—the monster controlling the Demogorgons. Throughout most of the show’s second season, Byers struggled to overthrow the Mind Flayer’s presence, which constantly sought to use Byers to carry out its slayings of Hawkins’ citizens. Byers’ friends and family finally helped him drive away the Mind Flayer from his mind and body.

You might think it’s easy to be an ethical communicator, but a recent study revealed that 28 percent of PR pros are willing to manufacture news if they have to. More than half are willing to tell white lies, sensationalize dry news or employ click-bait headlines.

Especially during a time when fake news and unsavory PR tactics are eroding peoples’ trust in organizations and communications professionals, it’s important to ensure you act ethically.

3. You can rebrand yourself and make a comeback.

Steve Harrington’s selfishness, anger and antagonizing attitude towards many “Stranger Things” characters left him a hated character—until his change of heart made him an important friend as well as an ally in fighting the demogorgans. His character went from unsavory to well-loved among fans, who raved about his new-found attitude, babysitting capabilities and luscious locks.

You might think your organization’s reputation is beyond hope, but coming clean, making amends and working on a plan to repair and rebrand can bring you back into consumers’ favor again.

This might mean ousting your chief executive, such as with Uber and Papa John’s, but the more quickly you separate your organization from the problems causing the firestorm, the more effectively you can restore trust.

4. When communicating after a crisis, consider all channels.

When Byers was in the Upside Down, he communicated with his mother, Joyce, through a CB radio and lights. Joyce eventually creates an alphabet on one of the walls of her house and uses Christmas lights to help Byers send messages.

You probably don’t have to use Morse code or concoct a complicated form of communication, but be open to using different channels and platforms when a crisis strikes. A good place to start is the medium in which the backlash started: For example, if it’s from an errant tweet, take to Twitter with your mea culpa.

5. Employ your strengths and abilities.

Jane Ives, better known as Eleven, uses her psychokinetic abilities to help those she loves. She employed them to drive away the monster in “Stranger Things'” first season and also rescued Henderson and Mike Wheeler from a grave situation with two bullies. At the end of the second season, Eleven even closed the portal to the Upside Down, saving Hawkins’ residents (for the time being).

During a time of crisis, employ your strengths as well as those of your team members.

Use them to execute efforts and relay messages in ways that effectively can help you stem backlash and rebuff that which tarnishes your brand image. This includes having a crisis plan (created well in advance) that outlines what each of your team members’ roles will be and when these actions should be performed.

What would you add to this list, PR Daily readers?