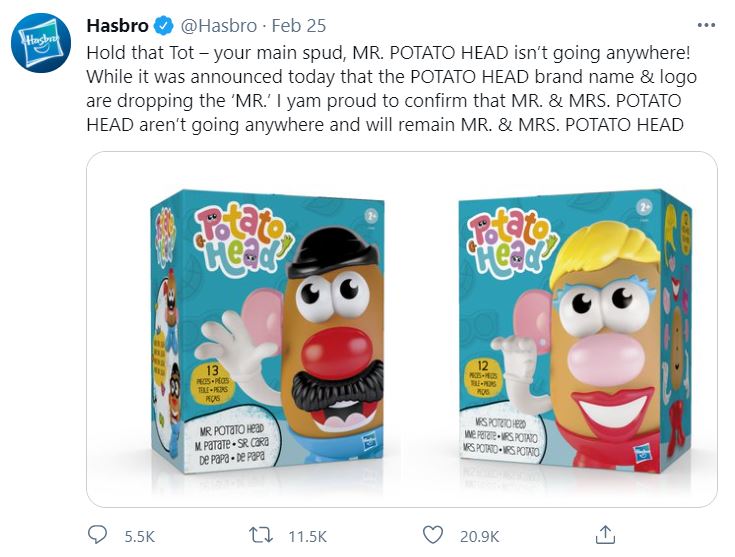 When Gillette tried in 2019 to have a conversation about toxic masculinity, the blowback was intense online as some audiences felt attacked by the brands’ call for men to “strive to be better.” Later that year, the brand shared another ad, this time featuring a transgender man experiencing his first shave, which won some applause on social media.

However, the debate on gender in American culture is not settled, as evidenced by the flare up over Hasbro’s decision to drop the “Mr.” from its Potato Head toy in an attempt to offer a more inclusive experience to children.