You’ve got to love a PR pro who devotes himself to building a holodeck straight from “Star Trek: The Next Generation.” A PR director for AMD, Chris Hook needed to present AMD’s heterogeneous system architecture (HSA) at a prestigious industry conference. So he delivered a serious engineering narrative around HSA, and tied it to the future development of a holodeck, drawing a connection between HSA and technologies such as 360-degree visualization, tactile feedback, and other features. (He even managed to swing a cameo appearance by actor LeVar Burton, who played Lt. Geordi La Forge in the series.) Hook has other triumphs to his credit as well. “I like to keep my team focused on hyper-achievement,” he says. “Setting everyone’s sights on the impossible, or at least the very difficult, is always interesting and really brings the team together into one tight-knit, laser-focused cohesive unit.” 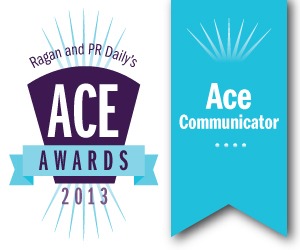