Big Ass Fans’ PR efforts are so extraordinary because they occurred so organically. The Kentucky-based company grew so quickly over the past few years that the company assembled its first PR team as a necessity early in 2013. Its strategy was a natural extension of the company’s highly researched internal communications. Big Ass Fans already broadcasts messages about its accomplishments to employees via large TV screens in its buildings; the PR team simply had to figure out ways to amplify that message to the public. The power of the message itself seems to have been the key, as the company has earned attention from numerous business publications. 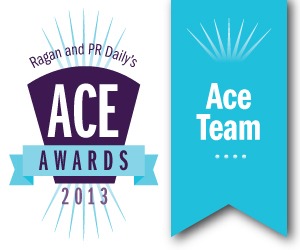