The National Insurance Crime Bureau’s goal is to raise awareness of the NICB’s work and findings to reduce the incidence of automotive crime. For example, NICB produced a study on a new technology car thieves were using to break into cars with keyless entry and push-button starting. The organization obtained one of the Relay Attack Units, originally developed to provide manufacturers and other anti-theft organizations the ability to test the vulnerability of various vehicles’ systems. Because the devices were falling into the wrong hands, NICB tested it on 35 vehicle makes and models. The results, conveyed in a video produced by the PR team, grabbed the attention of major news outlets, including NBC’s Today Show and Nightly News, CBS News, USA Today and others, helping get the message across that drivers should avoid inviting break-ins by concealing their valuables. 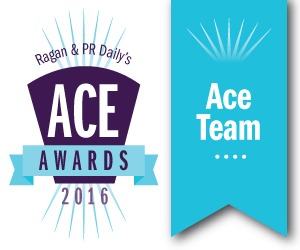