Internal communication on a global scale calls for big-picture thinking—especially when multiple languages are involved.

Communicators at American Express took on the immense challenge of reaching a far-flung workforce with little time for emails, and it successfully transformed essential messaging processes—and with that effort garnered recognition as a Ragan and PR Daily Internal Communications Team of the Year (1–9 people).

The intranet is a particular victory, with a year-over-year spike of unique visitors and active use of the hub.

In addition to bringing those to fruition, they employed live blogs of internal events and created weekly newsletters in six languages. There also are monthly metrics dashboards for senior leaders. 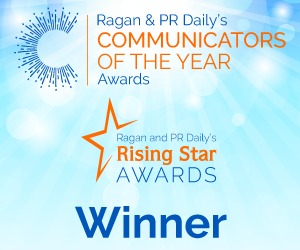