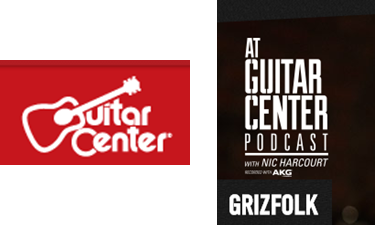 Guitar Center is the world’s largest retailer of top-brand guitars, amplifiers, drums, keyboards, recording equipment, and more, with more than 260 stores nationwide and a brisk online business. The key to its marketing success isn’t the hard sell, however, but might best be described as the inspirational approach. Its series of podcasts titled “At: Guitar Center with Nic Harcourt” features well-established artists but also provides a much-needed platform for lesser-known talent from hip-hop to country to gain audience exposure.

In each episode, Harcourt interviews performers, drawing out intimate details about their lives, career paths, and creative processes. Listeners are seemingly right there in the studio, treated to what feels like a private performance and an emotional journey. Along the way, they develop an affinity with the company and trust in its products—and may even resolve to learn an instrument themselves.

The show’s 80 episodes have received millions of tune-ins and garnered press in media outlets such as Rolling Stone, USA Today, The Huffington Post, Elle, Billboard, The Wall Street Journal, and others.

“At: Guitar Center with Nic Harcourt” takes home the prize for Best Content Series in Ragan’s 2014 Content Marketing Awards for its success in employing a nonretail message to garner customers and further its market share. Congratulations to contributing staff member Dustin Hinz, vice president of brand experience and music marketing at Guitar Center. 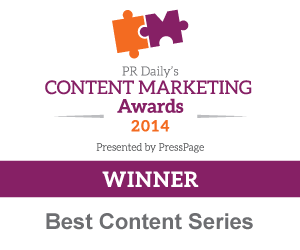