The social and mobile technology organization if(we) wanted to market the launch of its new dating app, THE ONE, designed for black millennials. Their first step was hiring Blavity, a top media brand already popular with the target audience. The video Blavity produced to launch the app was so successful that it’s taken first place in the “Video” category of PR Daily’s 2016 Content Marketing Awards

If(we) wanted to build awareness of the app and spark conversations among black millennials. Blavity knew just how to do that: By looking at the experience of going out on a first date. The resulting video is a joy to watch—not just the unfolding tale of the date, but the overlays of tweets and memes which narrate the cringe-worthy and heartwarming moments between the couple.

Blavity hired writer and director Xavier Burgin to direct the video and Khadi Don and Richie Loco, two talented entertainers with large followings to star in it. To guide people to the video, Blavity used social channels such as Instagram, which led people to Facebook—where the video was ultimately watched over 1 million times in nine days.

Blavity’s monitoring of conversations around the video showed that audiences loved it, finding it refreshing and funny. Among the comments were requests for a follow-up video or even a series.

The hashtag #BlackTwitterDate performed well, too. Over the 28-day course of the campaign, the video earned 6.6 million organic impressions. 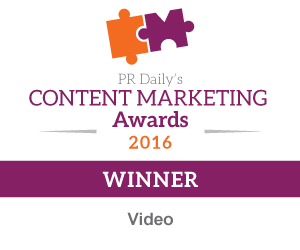