Marriott Hotels was well aware of the global gaming phenomenon Pokémon Go; players were sharing their exploits across multiple social media channels, including those creatures captured in Marriott hotel rooms, pools, meeting spaces, restaurants and other spaces in and around the company’s thousands of properties. Its effort to tap into the craze has won Marriott first place in the “Brand Awareness” category of PR Daily’s 2017 Content Marketing Awards.

The M Live team found and spread content from Johnson and others, producing massive visibility for Marriott and its Marriott Rewards loyalty program.

Marriott concentrated on Twitter and Snapchat, where conversation around Pokémon Go was particularly high and where the organization was afforded the best opportunity for organic reach. Word of the quest reached the mainstream media with help from Marriott’s PR team. Ultimately, more than 800 news outlets around the world covered the story, contributing to more than 280 million PR impressions (including 9 million from Twitter alone).

The total cost of the campaign was just $3,325 for Johnson’s travel to three continents (which did ultimately net him the complete Pokémon set). 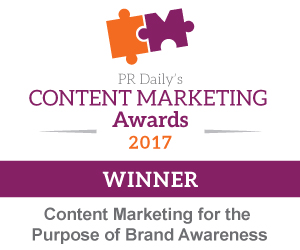