Each video in the series, which was published on the website of the popular media outlet The Drum, is longer than conventional wisdom would suggest they should be in a society supposedly afflicted with attention deficit disorder. Yet many viewers will watch every one of the 12 videos all the way through, eager to see what comes next.

The clichés were drawn from a Stein IAS book published in 2007 that covered 101 clichés. The videos focused on lightbulbs, cogs, handshakes, piggy banks, stopwatches, jigsaw puzzles and tape measures, among other things. Each featured on-screen commentary from representatives of heavyweight firms like Adobe and Google, as well as “The Web Psychologist” and others.

The videos were launched at the Business Marketing Association of America conference in Chicago. Ultimately, the videos generated 18,500 views and have reached more than 29 million social media users. Stein IAS attracted more than 4,000 new website visitors thanks to the videos, along with 400 requests for the decade-old book.

The videos also succeeded in attracting new business. You must watch these videos, if for no other reason than to avoid using the clichés they cover. 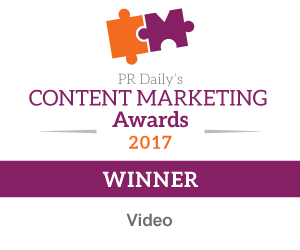