Microsoft Story Labs epitomizes what a content-driven site can be. For that, it’s won first place in the “Website” category of PR Daily’s 2017 Content Marketing Awards.

Story Labs is all about long-form storytelling that doesn’t rub Microsoft in the reader’s face; rather, Microsoft’s technologies play a role in the stories but take a backseat to the stories themselves.

Story Labs is a “boutique internal agency and creative SWAT team within the company’s communications/marketing division,” composed of journalists, designers, producers, animators, artists and photographers devoted to “finding the most interesting stories, people, and ideas from across the company and sharing them with the world through best-in-class storytelling.”

Meandering through the site produces delightful surprises, such as an animated guide to blockchain, a look inside Microsoft’s Building 87 (which houses three futuristic hardware labs), a story on a Detroit wallpaper organization(which doesn’t mention Microsoft or any of its products, but shows one of the designers using a Microsoft computer in an image) and a visit with artist Hugh MacLeod (showcasing his illustrated guide to life at Microsoft). 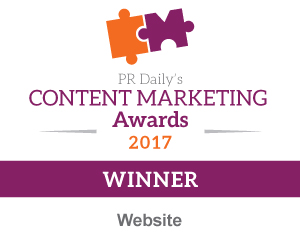