After months of failed negotiations, Mission Health System (Mission Health) decided to cancel their contract with Blue Cross and Blue Shield of North Carolina (Blue Cross NC). Unable to reach an agreement over how best to control rising medical costs, Mission Health walked away from the negotiation table and announced their intent to withdraw from Blue Cross NC networks. Blue Cross NC customers would no longer be able to receive in-network care at Mission Health and would either need to choose an alternate provider or be on the hook for the full cost of their care. Communicating the implications of that change has won Blue Cross NC first place in the “Reputation Management” category of PR Daily’s 2018 Content Marketing Awards.

Blue Cross NC’s communications team developed hard hitting key messages to keep the focus squarely on Mission Health’s decision to terminate the contract and its decision to walk away and become the only hospital in North Carolina not in Blue Cross NC’s networks.

The first press release, in addition to articulating the insurer’s position, provided a list of nearby in-network hospitals for the media to share. Blue Cross NC published a landing page on its blog dedicated to the issue and maintained a steady drumbeat of information, ultimately driving Mission back to the negotiating table. The hospital system gave in to Blue Cross NC’s request for a multiyear contract based on quality measures and outcomes.

A comprehensive follow-up campaign let customers know they could once again receive in-network care at Mission Health. During the period when the hospital was not available, 23 percent of customers polled indicated that they had gone to an alternate hospital. Ninety-six percent of them were satisfied with the experience and half said they would continue using the alternate hospital. That’s a remarkable feat of reputation management. 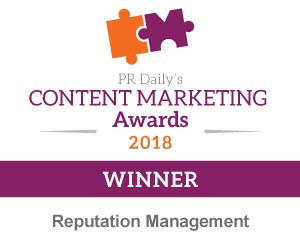