When a video manages to choke viewers up, you know it’s something special. That’s the case with “Everyday Heroes,” a video produced by Tarrant County College in Texas, one of the 20 largest higher education institutions in the United States, serving some 100,000 students each year. It’s won first place in the “Video” category of PR Daily’s 2018 Content Marketing Awards.

State funding for the school has declined over the years. To fill the gap, the college has turned to public-private partnerships with area companies and endowments from local philanthropists. In order to inspire these targets to contribute to the college, Suzanne Groves led the production of a video that tells three interwoven stories of graduates helping people in the local community.

The dramatizations, starring three graduates—an IT grad, a fire and rescue grad and a nursing grad—pack an emotional wallop while educating viewers about the important role TCC graduates play in the community—and how the skills acquired by students at the college could one day have a personal impact on them. The tales of a teenage girl in a potentially deadly car accident, a senior citizen experiencing a computer hack and a young mother with a critically ill child were tested before the roles of the “victims” were cast.

The video has been shown at a number of community meetings, including Rotary Clubs and the Fort Worth Chamber of Commerce. Although a correlation is difficult to assign to the video’s impact on fundraising, money has been coming in, including a $250,000 grant from the JP Morgan Chase Foundation specifically for establishment of an associate of applied science degree in cybersecurity, which was one of the video’s themes. 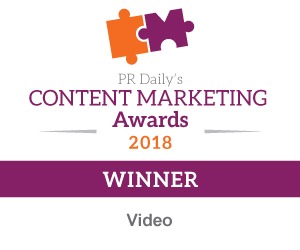