AT&T’s DIRECTV has hosted a Super Saturday Night concert the night before the biggest football championship game of the year for 13 years. In 2019, the concert featured Foo Fighters (plus a guest performance); the concert was livestreamed by the AT&T editorial content team so their social audience could experience the event. In order to drive engagement with their audience, AT&T’s community management team, including its agency TruePoint Communications, used community managers to engage with viewers on Twitter with goals that included building brand awareness and securing more engagement opportunities for its client.

The use of community managers and the results the campaign achieved have earned AT&T and TruePoint first place in the “Customer Engagement” category of PR Daily’s Content Marketing Awards.

The community management team employed a three-phased approach—before, during and after the concert—designed to deliver an engagement rate higher than 10% on social media and surpassing the event’s 2018 record as the No. 4 trending hashtag on Twitter.

The team began by developing a community manager response guide to ensure messaging would remain on-brand under a variety of scenarios, producing value and positive sentiment for DIRECTV. Highly engaging social media posts developed by the AT&T social media editorial team led up to the event, resulting in nearly 2,000 users across Twitter, Instagram and Facebook contributing positive engagements.

Community managers directed users where to watch, engaging with fans of the artists with GIFs and song lyrics. During the event, the 17 community managers gathered in a “war room” to facilitate communication, problem solving, risk mitigation and status reporting.

After the event, the team maintained an engagement rate of 56%, far surpassing 2018’s 9.3%. And the #SuperSaturdayNight hashtag trended as the No. 1 hashtag on Twitter in the U.S. and worldwide. 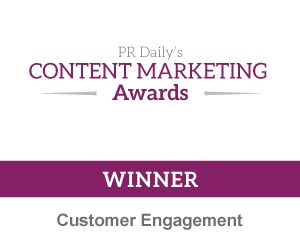