Traveling can be a frustrating experience. You never know if you will encounter long lines, delays or cancellations.

Miami International Airport (MIA) strives to make sure passengers have enough information to make the experience as stress-free as possible, especially during peak travel seasons.

Instead of putting out its same old list of travel tips this year, MIA turned them into infographics and pushed them out on social media. Those efforts have won first place in the “Infographics” category of PR Daily’s Content Marketing Awards.

The team began by researching the top questions asked by travelers. Then it started creating infographics tailored to each social media platform, as well as for placement on MIA’s online newsroom and on its app, MIA Airport Official.

Travel tips were also crafted for an Instagram story and converted into a highlight so they would be visible indefinitely.

The first infographics, created in English and Spanish, were released during the government shutdown, when lines at the TSA checkpoints increased. They were so successful that they have been replicated for spring break and summer travel seasons and will be incorporated into MIA’s strategy for peak travel periods.

The newsroom web page containing the travel tips infographic during the government shutdown received almost 4,000 visits over a 16-day period. Tweets directing passengers to news releases with safety tips had more than 21,500 impressions.

A Facebook post containing the infographics reached more than 5,600 people and had more than 250 engagements, and the Instagram story received more than a 300% increase in impressions than previous stories posted on the page. 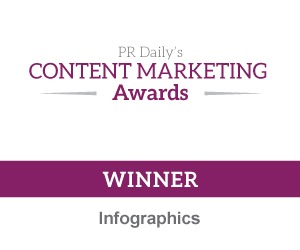