FirstEnergy Corp. faced some significant challenges in maintaining and strengthening its reputation among customers in 2018. In addition to economic and regulatory issues, the company had undergone a series of reorganizations that had affected employee morale. A campaign based on the idea of seeking out and showcasing real stories of employees and their work has earned FirstEnergy first place in the “Reputation Management” category of PR Daily’s Content Marketing Awards.

The community was feeling the impact of infrastructure upgrades and plant closings. To overcome these challenges, the company tested messages and settled on “Brighter Future,” which customers said conveyed optimism and hope—71% of customers already viewed the company as forward-looking. To bring the campaign to life, the team settled on the idea of featuring employees at work.

The campaign strategies focused on reinforcing the company’s mission to strengthen community and individual quality of life by showcasing employees, new technology and community support; connecting FirstEnergy and its employees to future reliability; building continued equity in the company’s customer-first messaging; and demonstrating the role of employees.

Video was used as the primary means of telling the stories of a diverse collection of individual employees, including a transmission engineer, a substation electrician and a lineman (along with the drone team), with ads bought on TV and radio to drive customers to the videos. Venues for the ads included CNN, FOX News, Pandora and the Weather Channel. 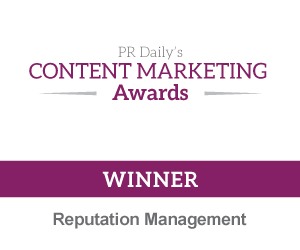