Most marketers dream of having an opportunity like this handed to them on a silver platter: Five-year-old Colton’s parents reached out to Arizona Public Service (APS) to inform them about their son’s interest in being a lineman. They explained that Colton used a computer to pore over photos of linemen at work. He built models of power lines throughout the house with Lincoln Logs and watched videos of linework before bed every night.

The communications team collaborated with multiple departments to plan a day Colton would never forget—and use the experience to tell a very human story via social media. The resulting video has earned first place in the “Video Producer/Visual Storyteller” category in PR Daily’s Content Marketing Awards.

The utility found ways to bring Colton’s dreams to life, arranging for he and his parents to meet a crew at the training yard. The team identified a range of goals for the video, starting with humanizing APS’s employees. The story couldn’t have come at a better time, given a tough political season had left APS’s reputation bruised.

The team teased the video, then reposted it a few weeks later on Bring Your Child to Work Day. Promotions on Facebook, Twitter and LinkedIn also helped promote the video, aided by an $850 social media spend. Among other tactics, the team tagged partners who helped create Colton’s custom gear and expanded its reach to an audience who might not otherwise have seen the post. The video was also shared on the company’s intranet.

In total, the video produced almost 103,000 impressions, more than 1,000 reactions, 241 shares and 68 comments. On YouTube, which wasn’t even part of the campaign’s promotion efforts, the video has achieved more than 1,400 views. 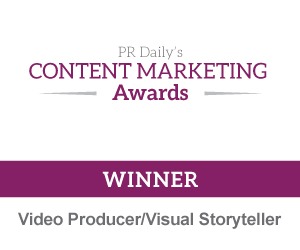