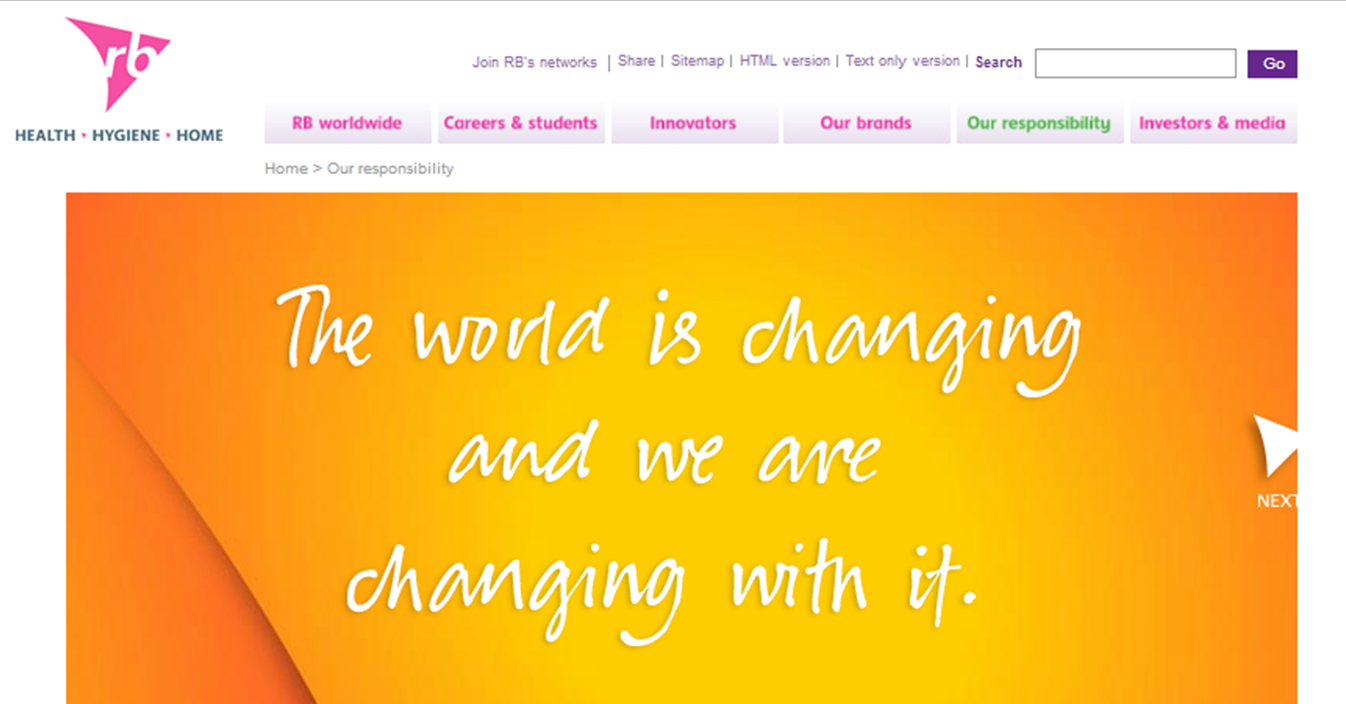 The team at Reckitt Benckiser Group PLC, based in the United Kingdom, had a specific goal: It wanted to reduce the company’s total carbon footprint by 20 percent by 2020. Called “Carbon20,” it was the first program in the FMCG (fast-moving consumer goods) sector to try something like this.

We award Reckitt Benckiser Group with top honors in the Best Environmental Stewardship category of PR Daily’s 2012 Corporate Social Responsibility Awards for not only setting this goal, but exceeding its own expectations.

The company is a global manufacturer of home, health, and hygiene products. The company’s brands—Lysol, Veet, Clearasil, Mucinex, Woolite, and French’s mustard—are sold in close to 200 countries. These brands, along with 13 others accounted for 70 percent of the company’s revenue in 2011.

Carbon20 was successful because of its three-prong approach: talking to product developers about making changes, influencing consumer behavior, and examining its own operations.

First, the team launched Carbon20 internally, with the full support of its CEO. Then, team members created a Carbon20 calculator, a tool that helped product developers understand the carbon impact of their decisions. They also developed a network of “Carbon20 Champions” to help explain the tool and share it.

Second, the program influenced consumer behavior. Team members developed the Our Home, Our Planet brand to encourage more sustainable behaviors. They also wanted to dispel myths, like the one that claims washing dishes by hand has a lower carbon footprint than using a dishwasher.

Lastly, the Reckitt Benckiser team looked at the company’s own operations. It focused on reducing energy to make operations flow more efficiently. It also encouraged staff to get excited about green energy projects.

With the Carbon20 calculator, the team was able to see if its efforts were effective. Here are a few of the team’s accomplishments:

The company reduced its total lifecycle carbon emissions by 21 percent since 2007—beating its target by eight years.

The company has been listed on the Carbon Disclosure Project Global 500 Carbon Performance Leadership Index with a performance score of “A” and a disclosure score of 93. 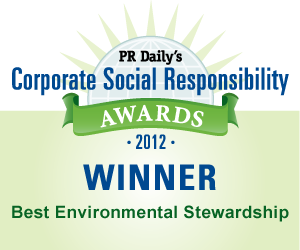