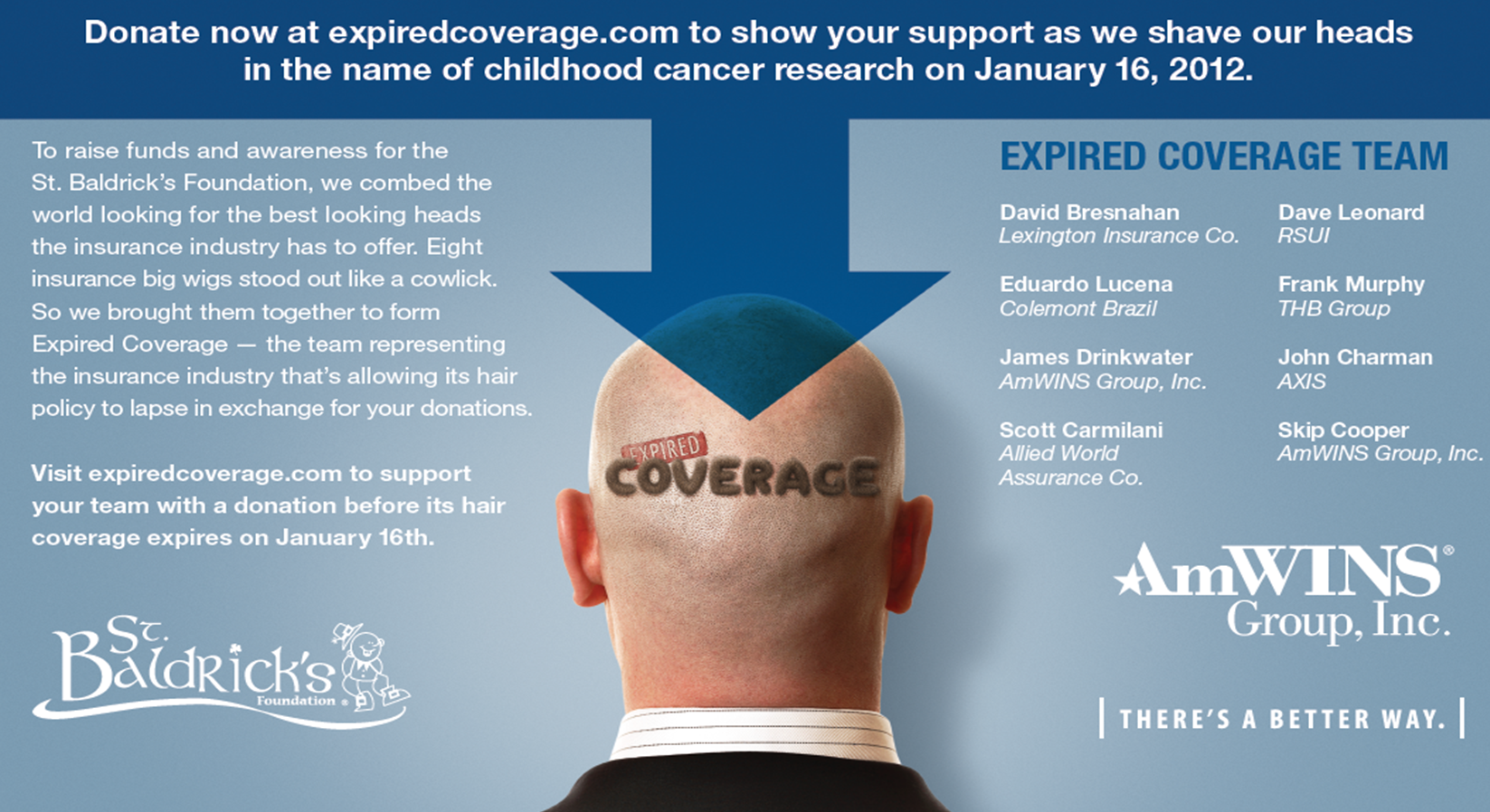 Partnering with a nonprofit to raise money is commendable for any corporation. But when a campaign is executed with a heavy dose of creativity and garners record-setting numbers, it’s attention-getting.

AmWINS Group, a wholesale distributor of specialty insurance products and services, falls into that category.

It raised more than $830,000 for St. Baldrick’s Foundation, a childhood cancer charity, through a multimedia campaign that had a lot to do with hair—or lack thereof.

The insurance distributor teamed with its agency, Eric Mower and Associates, to develop the “Expired Coverage” campaign. It played off the word “coverage,” a common word in its industry.

Eight people—four AmWINS executives and four CEOs from reputable insurance companies—raised money for cancer research for two months. The team of eight agreed to shave their heads at the culmination of the campaign on Jan. 16, 2012, at an AmWINS-sponsored event in Las Vegas.

Shaving heads for a good cause

The team of eight’s hair coverage was expiring on Jan. 16, and they had to raise funds before their “coverage” expired.

To do that, AmWINS spread the word through a dedicated website, press releases, video, social media, email marketing, and print advertising.

The ExpiredCoverage.com site was the hub of the campaign. It informed people about the campaign, introduced them to the eight team members, and included videos of team members getting their heads shaved, along with a highlights reel of the event.

The site also included a promotional music video, “Our Hair is Comin’ Off,” that received 5,000 views since its release. The song, produced exclusively for this campaign, was made available for purchase on iTunes with all proceeds going toward the campaign.

Promotional materials included messaging such as “Hairless claims are about to skyrocket.”

“To raise funds and awareness for the St. Baldrick’s Foundation, we combed the world looking for the best looking heads the insurance industry has to offer. Eight insurance big wigs stood out like a cowlick. So we brought them together to form Expired Coverage—the team representing the insurance industry that’s allowing its hair policy to lapse in exchange for your donations.”

Team members also used Twitter, Facebook, and LinkedIn feeds to spread the word about the campaign. Here are some examples of social media posts:

The campaign exceeded the company’s original goal of $600,000 and was a strong driving force behind St. Baldrick’s reaching its $1 million milestone in 2012 in record-setting time.

Want to get recognized for your hard work? Find out about Ragan and PR Daily’s award programs here:
https://www.prdaily.com/Main/RaganAwardsPrograms.aspx 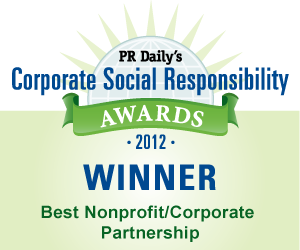