More than 100,000 people participated in Charlotte Pride—the largest event of its type between Atlanta and Washington, D.C.—and many of them wandered by the extra-large booth staffed by Time Warner Cable employees where they could have their photos taken and shared (with the rainbow logo developed by the company for the event) via Twitter as well as the Charlotte Pride Facebook page.

Company employees and their families marched in the Pride parade, and Time Warner Cable hosted the VIP area, where government officials and entertainers relaxed (and the admission price paid for access to the area provided sorely needed funding to nonprofits to use in delivering services to the community). To promote the festival to the entire Charlotte community, Time Warner offered up some of its valuable air time—spots ran more than 2,100 times over a three-week period, helping drive attendance up nearly 25 percent. More than 45 employees signed up to volunteer at the festival.

Though Time Warner Cable never addressed it in its entry, we’re impressed by the risk the company takes supporting the LGBT community in its conservative Southern location. We’re also wowed by the coverage the company’s efforts earned in mainstream media and social media. And all this was accomplished on a budget that would cause most professionals to cringe. 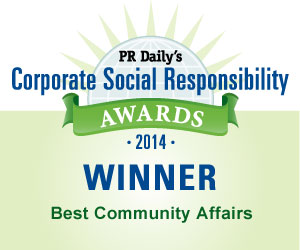