It’s the kind of PR nightmare communicators everywhere dread. A film festival designed to bring movie fans to Lewiston/Auburn, Maine, in order to contribute to the revitalization of the once-thriving mill community had been succeeding. The town’s economic woes had led to a decline in its reputation that the festival was helping to rebuild. Then, just two weeks before the 2014 festival was scheduled to begin, the event’s director was arrested on charges of child pornography.

This well-publicized arrest would have doomed a nascent program like the Lewiston Auburn Film Festival, but Rinck Advertising stepped in to try to salvage the event. The solution: Encourage the director to cancel the now tarnished film festival and pull together a group of passionate community members to establish an entirely new non-profit entity. Then, reach out to filmmakers to encourage them to continue contributing their films for the newly formed Emerge Film Festival (so named because the festival was emerging from the ruins of the former event and supports emerging filmmakers).

The effort resulted in 40 films being shown over the two-day event, with more than 75 filmmakers participating along with more than 1,500 filmgoers. The team was also able to motivate 40 sponsors to support the festival with over $60,000 in cash and in-kind services. Media coverage told a positive story about the revitalized festival, with more than 11.8 million impressions earned over a 10-week period. Those who attended signaled their desire to return again the following year. 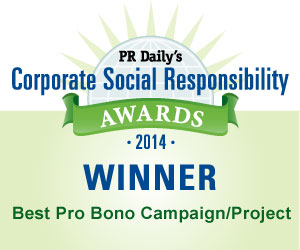