Awareness of bullying as a significant problem is growing, as evidenced by the number of entries in this year’s Corporate Social Responsibility Awards that address the issue. The Boys and Girls Clubs of Canada had launched its National Day to End Bullying in 2013—and was successful enough with the initiative to draw the attention of Canada’s Prime Minister. But the campaign’s identity lacked pizzazz, leading to an effort to revitalize it for 2014.

The result—a “busy bee” who would generate “buzz” for #Belonging—was designed to propagate across social media. The campaign’s cornerstone was a video distributed across multiple channels, including Facebook, YouTube, Twitter, and the Web. With no paid media, the video earned 5,000 views on YouTube and more than 11,000 on Facebook (supporting the idea that Facebook is increasingly an effective venue for video). The campaign also leveraged the #Belonging hashtag, which became a trending topic across Canada on both Facebook and Twitter.

By partnering with other organizations—both private and public—the Boys and Girls Clubs of Canada was able to further spread the message, which was further bolstered by some real-world collateral, including T-shirts paid for by sponsors and distributed to youngsters across the country. Thousands of emails and a weekly e-bulletin also contributed to awareness of the campaign, which not only made a dent in the bullying problem but also let people know that the Boys and Girls Clubs offered a safe haven where kids could, indeed, belong. 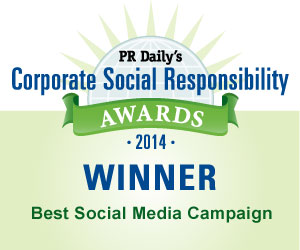