In Turkey, 45 percent of people between 16-74 have never used a computer, and 44 percent have never used the Internet. It’s a problem, since digitally unskilled citizens are increasingly excluded in social networks, decision-making processes and in the information society at large. To close the gap, Türk Telekom launched “Life is Simple with Internet,” a campaign that has won in the “Campaign of the Year” category of PR Daily’s 2016 Corporate Social Responsibility Awards.

“Life is Simple with Internet” is a two-day, 10-hour training program, approved by academics, that covers topics like basic Internet usage, use of email accounts, online banking, social networks and blogs, Internet communication tools, Internet security, e-shopping and usage of e-government and other Turkish online services.

The organization prepared nine volunteers to conduct train-the-trainer sessions, which were delivered to 123 young people from 20 cities. They in turn set up training in their communities, resulting in (among other things) a measurable uptick in applications for e-state credentials.

The results? Eighty-six percent of people who participated in the training have started using the Internet in their daily lives, and the number of women who agreed with the statement, “The Internet frightens me,” dropped from 41 percent to 29 percent.

Since launch, the number of cities in which training was conducted grew from 20 to 50 and the number of volunteer trainers expanded to 247.

Congratulations to to Hande Gürsoy and Türk Telekom. 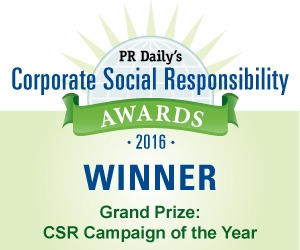