As a requirement for the ground lease for Toronto Pearson International Airport, a committee was established to act as an advisory body and provide a forum for discussion between community constituents and the Greater Toronto Airports Authority (GTAA) on matters relating to aircraft noise and the environmentally-responsible operation of the airport. When it struggled, the GTAA took steps to improve communication. Its strategy and tactics have won it first place in the “Organizational Transparency” category of PR Daily’s 2016 Corporate Social Responsibility Awards.

The committee—the Community Environment and Noise Advisory Committee (CENAC)— was seen as less effective and transparent as it should be. To address the perception, the GTAA worked to empower the committee members by expanding its ranks and educational programs, and promoting greater participation by the committee in airport decisions.

The GTAA was determined to make sure the committee’s effectiveness was well communicated. In addition to expanding the committee itself, the technical team assembled to support the committee was expanded to include a professional noise acoustician and representatives from the airline and aviation industries.

Meetings were opened to the public and included an open house drop-in for community members. The extensive education component of the plan involved a host of elements, including technical briefings by subject matter experts, weekly emails to committee members providing updates on all airport-related news coverage, issues briefs drafted for each committee meeting, educational tours for committee members, and an orientation manual.

Increased engagement resulted from stakeholder roundtable sessions, working groups and other activities. Feedback has been effusive. 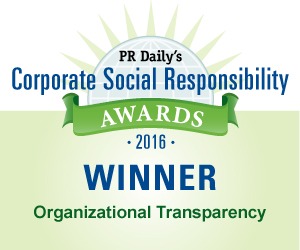