Software developer Citrix is a long time supporter of Movember, a global fundraiser for men’s health, and Pinktober, a global fundraiser for breast cancer awareness and research. In 2016, however, Citrix realized that its employees were experiencing giving fatigue. Its solution has made Citrix a winner in the “Fundraising and Philanthropic Initiative” category of PR Daily’s 2017 Corporate Social Responsibility Awards.

Citrix decided to consolidate both charitable efforts, along with efforts to encourage employees to take care of themselves and their communities, into a single campaign called “IMpact Health, Get INvolved,” or “I’m In” for short.

Citrix set four goals for the campaign: engage employees globally, raise funds for cancer research and treatment, increase employee use of the organization’s match program for community-based giving, and support internal health screenings for its U.S. employees. The communications developed to support “I’m In” covered the range of Citrix’s channels.

Senior executive support was a crucial component of the campaign. Communications were tailored for local relevance, and activities like Mo’Kart racing, Pink Bra Bazaar, Mo’Hawk Party and an employee driven Creative Showcase added elements of fun to the campaign.

Ultimately teams from around the globe sparked awareness in their office locations, leading to donations of $71,500, a 15 percent increase over the previous year’s efforts. Citrix also increased the number of employees using the matching donation program, and 34 percent more employees took advantage of health screenings. 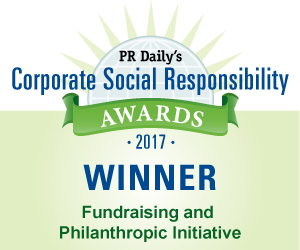