SpartanNash, a grocery distributor and retailer, formed its foundation in 2015 with a focus on hunger relief, secure shelter, support for active military and veterans and continued partnership with the Special Olympics. Its efforts have earned it first place in the “Fundraising and Philanthropic Initiative” category of PR Daily’s 2018 Corporate Social Responsibility Awards.

The foundation’s efforts are divided between raising funds and distributing them, with clear strategies for both. The foundation fundraises through a number of activities: Employees are invited annually to support the foundation through a pledge campaign—they contributed $303,000 in 2017. Through its retail outlets, the company invites the communities it serves to donate through card swipes at checkout registers. Four scan campaigns in 2017 produced $1 million in donations.

To distribute these funds, the foundation relies on a volunteer group of employees who review grant applications. The team has directed large sums to organizations like Perspectives, the largest therapeutic supportive housing program in Minnesota for women and children who have experienced long-term trauma; Vesthouse, serving homeless veterans in Hampton Roads, Virginia; the Virginia Peninsula Food Bank; and the Open Door Mission in Omaha, Nebraska.

In addition to grants, the foundation makes regular donations throughout the year to food pantry partners in the cities where SpartanNash has distribution centers. The foundation also donated more than $200,000 to Habitat for Humanity and $281,000 to the Special Olympics, and contributed to other organizations that help the company fulfill its philanthropic objectives. 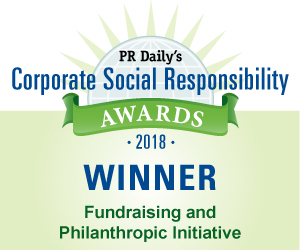