Most marketers and communicators are well aware of the changes Facebook made to its algorithm, prioritizing community-centric content at the expense of posts from organizations. Like most other organizations, Aflac saw a steep decline in the reach and engagement of its Facebook posts. Although Aflac maintains a variety of Facebook properties, the one it was determined to salvage was its alliance with the childhood cancer community. The steps Aflac took to maintain visibility on Facebook has earned first place in the “Social Media” category of PR Daily’s Corporate Social Responsibility Awards.

After a number of research programs, Aflac focused its attention on national partnerships, events and company initiatives, communicating each through a variety of media, inspiring organic interaction with crucial audiences. These included compelling videos; engaging graphics of quotes, testimonials, statistics and events; and use of the #Duckprints hashtag to generate per-use donations.

The My Special Aflac Duck alone won three awards at the 2018 Consumer Electronics Show—the Innovation award for Tech for a Better World, Best in Robotics and Best of CES 2018 for Best Unexpected Product. It also received a variety of other awards and recognitions.

The campaign produced a 11.6% increase in Facebook likes despite the reduced reach resulting from the algorithm change, an increase in engagement during Childhood Cancer Awareness Month of nearly 388%, top-tier media coverage and multiple reputation-enhancing awards. 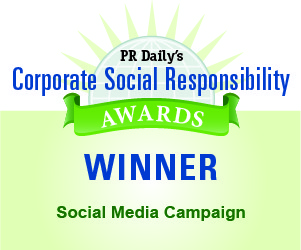