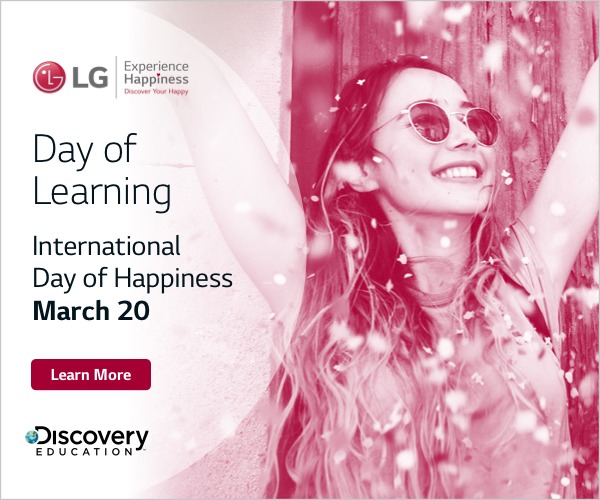 According to the CDC, suicide is the leading cause of death among those aged 12-17 in the U.S. Research also shows that one in four children are affected by anxiety disorders.

With that in mind, LG and Discovery Education wanted to equip teens with skills to create sustainable happiness. Its LG Experience Happiness platform, “Discover your Happy,” provides science-based tools for educators, students and parents to show how happiness can be achieved.

On March 20, 2019—the United Nations International Day of Happiness—LG and Discovery Education ran a nationwide social media campaign to spark meaningful conversations on the importance of happiness and provide resources and tips for happiness skills.

Twitter activity during the day-long campaign on March 20 featured five sessions to structure conversation around the core parts of the Discover Your Happy program. The following was part of that effort:

Results: On March 20 alone, there were 483 posts using the #DiscoverYourHappy keyword and 45,028,576 impressions. Pageviews on the Discovery Education website increased 230% the week of March 20 from the previous week. By the end of the month, the program reached more than 130,400 students.

Along with the Twitter campaign, a press release was published to share the news alongside an email campaign and mobile digital banner ads. The PR campaign was picked up by 175 news outlets, including American Public Radio and Education Drive, and gathered more than 51k impressions. The campaign amplified the existing organic reach of Discovery’s existing platforms, contributing more than 1.8m additional impressions.