Last spring, “The Race to Yes” advocacy campaign marshaled a variety of digital tools to swiftly and successfully promote its cause—to persuade the FDA to pursue accelerated approval of safe and effective therapies for Duchenne Muscular Dystrophy. One in 3,500 boys in the United States suffers from the disease, which results in gradual loss of muscle function and death by a person’s early 20s.

The centerpiece of the campaign involved its success in gathering 100,000 online signatures within 30 days using the White House petition portal. The FDA got the message; its commissioner publicly acknowledged the campaign and took concrete steps toward accelerated approval for a promising therapy.

Princeton Strategic Communications team and “The Race to Yes” wins PR Daily’s 2014 Digital Award for Best Cause Advocacy for effectively tapping all available digital tools and wasting no time in getting to “yes.” The FDA response made big news, hitting the front of The Washington Post and garnering online coverage in more than 60 digital print and broadcast outlets. They spotted a win, and we did too. 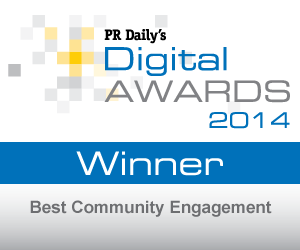