As its 75th anniversary neared, Cal Poly Pomona officials needed a way to build excitement around this milestone. With a budget of less than $2,000, they created a series of nine digital newsletters to be sent out monthly to students, faculty, staff, alumni, and friends, using the mailing and analytics service MailChimp. Mailed between September 2013 and May 2014, the newsletters provided a chronological glance at school history by decade—for example, its roots training Arabian horses—while promoting attendance at anniversary events.

The team also successfully created a dialogue with the target audience. An online memory wall engaged alums by asking them to post positive stories from their time at the Southern California school—how Cal Poly couples first met, or how an unforgettable prof touched their lives. Periodic quizzes tested for obscure school trivial. The newsletters also cast an eye toward the university’s future. An online fundraising campaign raised $80,000 in less than two days. Email metrics showed the newsletters’ open rate grew from 16 percent to more than 22 percent, with each issue experiencing between 20,000 and 28,000 opens. 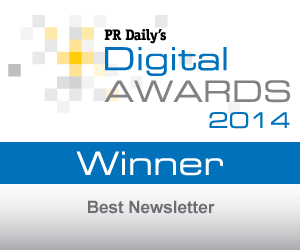