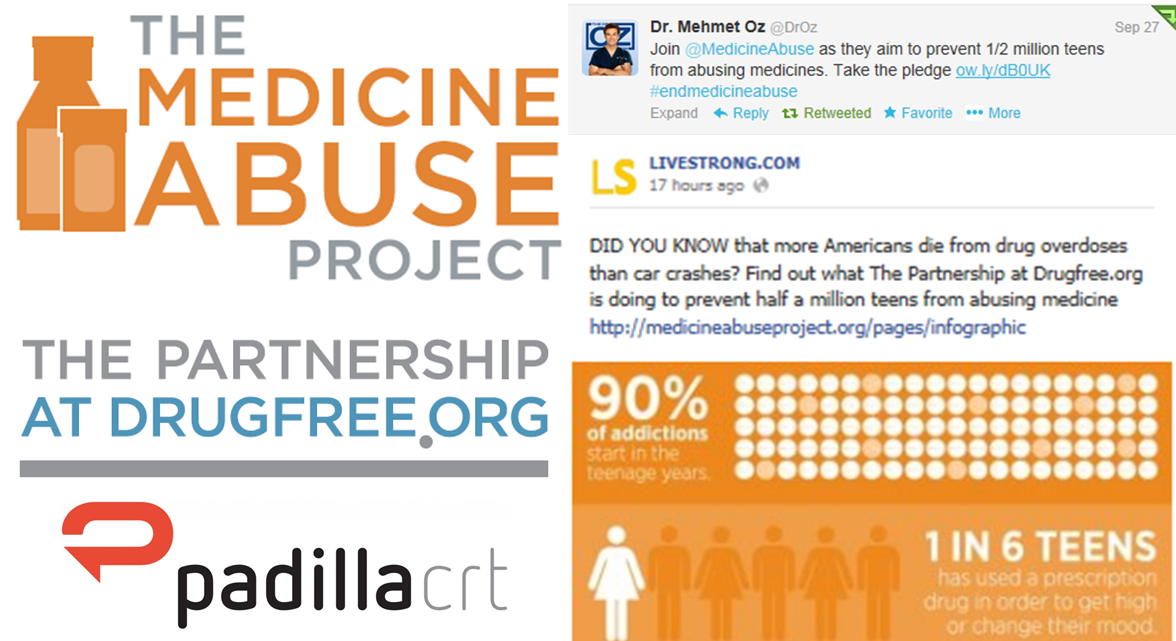 Ninety percent of addictions start in the teenage years, often as a result of teens abusing prescription drugs to get high. As part of its vision of young people living free of addiction, nonprofit organization The Partnership at Drugfree.org turned to PR agency PadillaCRT to launch “The Medicine Abuse Project: Preventing Half a Million Teens from Abusing Medicine by 2017.” The campaign’s rollout was a success, earning PadillaCRT first place in the Best Use of Social Media for Cause Advocacy category of PR Daily’s 2013 Social Media Awards.

Online events included a Twitter chat with iVillage, a live webinar in partnership with A&E Networks, and a Facebook chat with “Celebrity Rehab” host Dr. Drew Pinsky and model Amber Smith. The live component consisted of activities like an installation at Grand Central Terminal featuring giant medicine bottles, personal stories from teens and families affected by medicine abuse, and iPad stations where visitors could sign the pledge to take action.