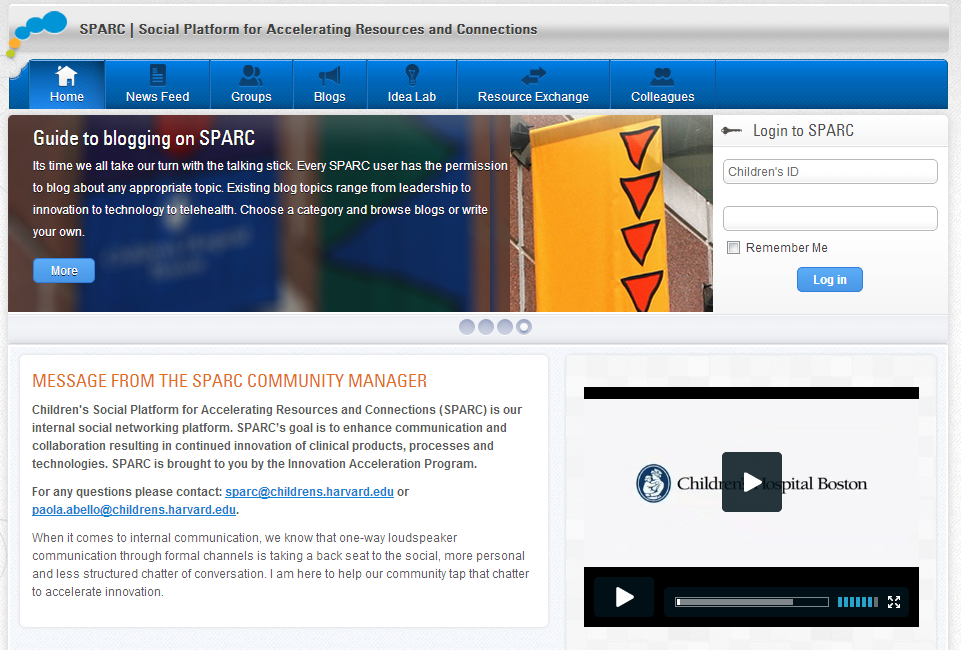 The community manager of the new social intranet at Boston Children’s Hospital quit in mid-2011. The intranet’s pilot launch had stalled, and only 500 users had clicked on an intranet meant for thousands.

The new community manager, Sarah Mahoney, got to work. She did usability studies. She interviewed the pilot users in depth.

She found that the platform was clunky to use, unintuitive, and in need of more functions. But Boston Children’s IT department didn’t have the staff to help her build another new intranet from scratch.

Mahoney turned to the open-source online community, where she found a good open-source content management system with built-in social functionality. She started over in November of 2011, building and installing a new free social network.

Boston Children’s Hospital rededicated its intranet, SPARC (Social Platform for Accelerating Resources and Connections), in 2012 with one goal in mind: to exploit the intranet’s improved communication and collaboration to speed up clinical innovation.

The success Sarah Mahoney achieved has earned her and Boston Children’s Hospital top honors in the Best Social Intranet category in Ragan’s Health Care PR and Marketing Awards for 2012.

Success was not instant, but it surged in the first half of 2012. Today, SPARC boasts:

Here’s how Mahoney did it:

The seamless coordination of lab and clinical practice didn’t just happen; it required a huge effort by the whole hospital—and an even bigger push from the indispensable community manager. Boston Children’s Hospital’s new intranet and its indefatigable community manager, Sarah Mahoney, embody that drive. We extend our congratulations for bringing into existence this powerful new communications weapon. 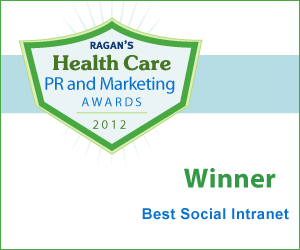