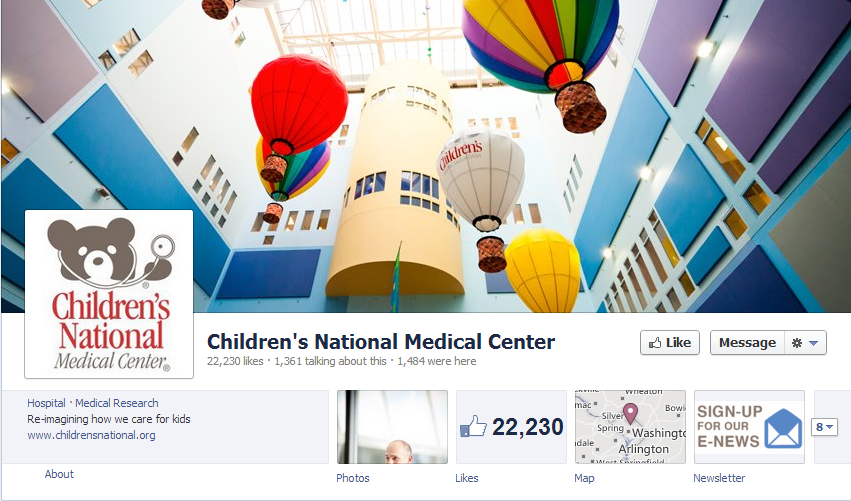 Is your health care organization budget-challenged? Are you short-staffed and unable to commit to having someone manage your social media strategy? This doesn’t mean there isn’t room for you to succeed in the social space.

Children’s National Medical Center doesn’t have a go-to social media person. Nor does it have a social media budget to dip into. But the hospital team created a thriving social media presence with the help of clearly outlined goals, a sound strategy, and an understanding of the power of social.

The Children’s National team began developing a social media strategy in 2007. Being serious about social, team members began their journey by outlining goals. They sought to:

· Communicate: Give parents a way to easily interact with the hospital in real time

· Make a name in the social space: Position Children’s National as a thought leader in social media

The team’s first step was to launch a Facebook page. In December of 2007, Children’s National sought the support of Washington Capitals defenseman Mike Green to create a fundraising badge on Facebook to help support its efforts as a part of America’s Giving Challenge, an online fundraising competition. Children’s National was one of only 25 winners.

Spurred by the success of their Facebook efforts, collaborators at Children’s National launched the hospital’s Twitter account— @ChildrensHealth—in December of 2008. Notably, the name “ChildrensHealth” was intentional as the goal was to attract an audience interested in, specifically, children and health. This allowed the organization to reach beyond its current audience and engage a new following. To make Twitter content compelling, @ChildrensHealth posted content relevant to all families, including tips on wellness and safety. The account boasts 20,933 followers.

Between 2011 and 2012, Children’s National team members took time to cultivate a more concrete strategy. Here’s how they did it.

Create guidelines:
They began by forming a clear social media policy prior to opening social to employees.

Coordinate efforts:
The next step was to create a “social media hive” consisting of representatives from marketing, PR, interactive communications, government relations, and other relevant departments to streamline processes. The group meets weekly for an hour to review social media activity, plan the content calendar, and discuss upcoming opportunities for social.

Create a social media committee:
This group formed to lift restrictions on social for employees and families. The group meets on a quarterly basis to assess issues surrounding social media. It’s comprised of PR and marketing, development, IT, human resources, legal, operations, and compliance.

Analyze and measure:
The Children’s National team measures click-throughs, comments, likes, and forwards for all content. The goal is to have a greater understanding of what makes people tick on different platforms and how to deliver content relevant to the organization’s audience. To understand how to create content that appeals to donors, team members analyze the Children’s National donor database to identify social media habits of donors. They also integrate social into electronic newsletters and monitor the response.

Children’s National has seen a number of successes from its social media strategy. Accomplishments include:

Celebrities and social:
Justin Bieber, Conan O’Brien, and Victoria Justice visited Children’s National Medical Center in December. Children’s National reps coordinated with Bieber and asked him to tweet about his visit, which increased the hospital’s Twitter following by 30 percent.

Valentine’s Day Campaign:
The Children’s Health Foundation integrated email marketing and social media to create a Valentine’s Day campaign. People were encouraged to choose a design and message and send a card electronically. The cards were then printed and distributed to children in the hospital. The campaign collected 8,426 cards, surpassing its original goal of 5,000. The Foundation’s house file of names grew by 35 percent, due largely in part to Facebook shares, and $5,135 was raised in support of the hospital. The campaign was featured in the Showcase of Fundraising Innovation and Inspiration.

The hospital’s social media strategy was successful due largely in part to the understanding that social could help the organization reach a larger audience, interact with individuals and organizations in a meaningful, personal way, strengthen already existing relationships, and potentially increase fundraising.

As the organization’s social media journey continued, it reached a number of additional milestones including:

· An increase in Google+ followers, from 0 circles to 2,560. It is the most popular hospital on Google+ by far.

Additionally, Children’s National continues to see success through cultivating content based on engagement data and surveys (including a survey of Facebook followers). 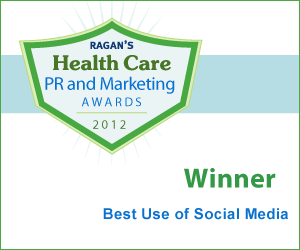