The term “face transplant” has a twinge of science fiction associated with it.

The communications and marketing team at Brigham and Women’s Hospital wanted to take that stigma away.

In March 2011, its 30-member hospital team performed the world’s first face transplant on a 26-year-old patient, Dallas Wiens. The communications team created a strategic, engaging plan to tell Wiens’ story to the world.

For the team’s ability to tell a powerful story (along with monitoring it) and for changing the conversation about face transplants, we award the Grand Prize Health Care PR and Marketing Campaign of the Year.

The hospital showed society what it looked like for a human to look like without a face. It was not only able to accomplish this feat, but shared what it was like for the patient to share his dreams, values and raise his young daughter.

The cost for this campaign was $13,000, which was mostly for a freelance video and photography crew that filmed more than 20 hours. These images were used by the surgical team in presentations at professional government, fundraisers and internal meetings, as well as for multiple local, national, and international media requests, Vaprin says.

A few months before the surgery, the communications team found out that Wiens was listed with the New England Organ Bank for receiving a face transplant. As he would be the nation’s first recipient, the team started developing a plan. Here’s what it included, according to Vaprin:

How can a hospital measure ROI from a story?

Just take a look at these stats to see how the story unfolded, according to Vaprin:

Following the first press conference, the BWH website hosting transplant information was viewed more than 1,000 times. In addition, 51,000 impressions were made at the BWH Facebook page.

The hospital receives weekly media requests from around the world, especially for Dr. Pomahac to share his perspective in stories and documentaries. In the past 14 months, Dr. Pomahac has been quoted in more than 3,400 media stories.

As a result of the coverage, the division of plastic surgery saw a marked increase in interest about face transplantation. Additionally, the New England Organ Bank saw an increased interest in organ donation.

But the best ROI of all?

At the hospital, another face transplant was performed soon after Dallas’. Then, another one person came forward within the next few months.

To view the BWH Bulletins featuring this story, click here and here. 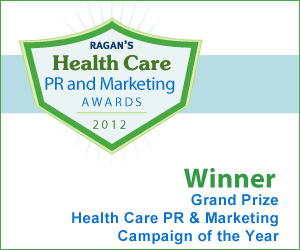