Rex Healthcare, a 665-bed hospital that was, and is, No. 1 in Raleigh, N.C., raised its flagging brand awareness and preference share for many clinical areas in 2012 with a new brand campaign, the central feature of which was content marketing in the form of patient stories on its website.

For this improvement in its image, Rex has won top honors in the Best Hospital PR/Marketing Team category of Ragan’s 2013 Health Care PR and Marketing Awards.

The quality of the new patient stories on rexhealth.com is outstanding, and proves that the hospital made the right decision in deciding to let many of its patients tell their own stories. Congratulations to the 17 members of Rex Healthcare’s marketing and PR team. 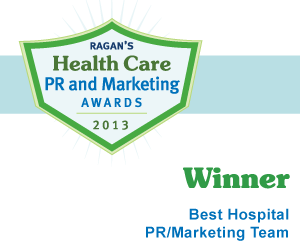