A lot of communications agencies talk about content, and may even do a great job at producing content while also engaging in media pitching and other traditional PR tactics.

After 15 years in that game, MediaSource opted to drop everything except brand journalism-style content and media relations and go all-in with brand journalism, which brings journalistic skills and sensibilities to an organization’s effort to cover itself.

As mainstream media decline in their ability to serve as effective channels to reach hospitals’ audiences, helping health care organizations adopt a brand journalism approach became MediaSource’s mission. It’s one that the agency executed brilliantly. Working with Ohio State’s Wexner Medical Center and Nationwide Children’s Hospital, MediaSource was able to lead a shift away from scheduled multimedia news releases to a steady flow of more timely articles, multimedia stories and other content that amplified the hospitals’ exposure by putting more content in front of a larger audience with greater frequency. For Wexner, the effort resulted in exposure of its messages to 3.9 billion people; Nationwide Children’s did nearly as well, with exposure to 3.4 billion, the most either institution had ever experienced.

And just as Coca-Cola’s trendsetting brand journalism has produced important third-party media coverage, MediaSource’s work has had the same effect, generating coverage in important outlets like “NBC Nightly News,” “The Today Show,” “CBS This Morning,” CNN, MSNBC, CNBC, “Dateline,” “ABC World News Tonight,” and a host of others. In fact, the effort blew away expectations for each of its goals: boosting clients’ reputations through top-tier national media coverage, driving patient volume by exposure to messages in key markets, and maximizing content across multiple channels to amplify the hospitals’ messages and reach. We proudly announce MediaSource the winner of the Best Health Care Agency category in Ragan’s 2014 Health Care PR and Marketing Awards. 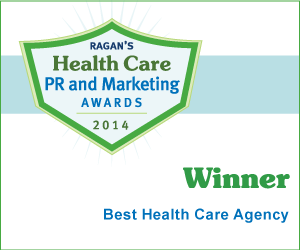