Advertisers and marketers flood media with materials to promote medications and medical devices. When a heartwarming, original, highly creative approach is rolled out, it gets attention. In the case of  “Breathless Choir,” it earned health care firm Philips and its PR partner FleishmanHillard (as part of OneVoice Connect, a consortium of Omnicom) first place for “Best PR Campaign” in Ragan’s 2016 Health Care PR and Marketing Awards.

Philips had developed the SimplyGo Mini, a portable oxygen concentrator for patients suffering from Chronic Obstructive Pulmonary Disease (COPD), a disorder that makes breathing a constant effort. To demonstrate its effectiveness and show support for COPD patients, Philips and FleishmanHillard assembled a group of 18 COPD patients to form the choir under the guidance of celebrity choirmaster Gareth Malone.

Earned media was at the heart of the campaign, with the press invited to the event and articles placed to draw attention to the film. A press briefing featured a performance of the choir, members of whom also were available for interviews. Ultimately, a series of films were collected on a dedicated microsite and 30 pieces of social media content supported the videos in addition to distribution of the videos across multiple social media channels.

In the end, the Breathless Choir tale achieved reach in excess of 36 million; the videos were viewed nearly 15 million times. More than 100 earned media placements drove awareness, with 98 percent positive tone in the coverage. Every one of the online stories included an embed of the video.

The campaign was the work of FleishmanHillard’s Orla Burke, who deserves congratulations and high praise. 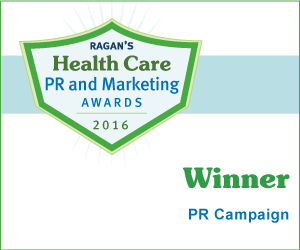