SHIFT Communications was tasked with raising the social buzz among new and prospective attendees of HIMSS15, the largest U.S. health IT conference, while also demonstrating the appeal of attending the 2015 event to previous conference-goers. Its success earned it first place in the “Social Media Campaign” category of Ragan’s 2016 Health Care PR and Marketing Awards.

Eighteen social media experts were chosen as ambassadors to HIMSS15. They were provided with free admission and given access to educational sessions and exhibits. They also led social meet-ups and attended keynotes. Their involvement began before the conference with the HIMSS Blog Carnival, joining other members of the health and health IT community to blog about conference-related topics.

At the conference, these ambassadors continued their blogging and other social media efforts, curating content and fueling community engagement throughout the conference.

Kudos to SHIFT’s Katie McGraw, Jennifer Toole, Victoria Khamsombath, Alessandra Nix and Casey Nulph for demonstrating that influencer marketing truly is one of the most effective (and cost-effective) means of marketing available to organizations. 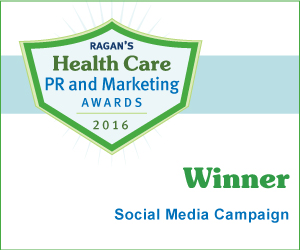