The deck was stacked against Dynacare. As the sole private laboratory services provider in Manitoba, the company could easily be pegged as a monopoly denying residents choice. The company had to demonstrate that it brought value to Manitobans and the provincial health care system. The campaign it launched to make that point has won first place in the “Community Outreach Campaign” category of Ragan’s Health Care PR and Marketing Awards.

Research revealed that type 2 diabetes is a serious health concern in the province, with diabetes or prediabetes (diagnosed or undiagnosed) afflicting 27% of the population; the number was projected to grow to 30% by 2028. That provided Dynacare with the hook it needed to project a positive image.

The staff set a goal of using at least four new channels to get information to clearly identified audiences that included residents, physicians, news media and influencers. The team sought 1 million positive impressions along with a 14% increase in the population obtaining blood sugar tests.

The campaign kicked off on Diabetes Canada’s advocacy day with an event at the Manitoba Legislative Building where a mobile clinic tested 25 people in one hour, including several politicians. The event was followed by a six-week campaign promoting the risk factors of diabetes.

On World Diabetes Day, a media/influencer event was staged. A media outreach campaign rounded out the program, which ultimately employed seven new channels. The blood test objective was met, with nearly 50,000 Manitobans getting tested. The team exceeded its goal of 1 million positive impressions, with 3.06 million impressions registered. 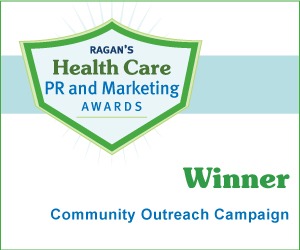