The Pulse nightclub shooting in Orlando occurred during the 2018 annual meeting of the American Medical Association, leading the AMA’s House of Delegates to pass an emergency policy declaring gun violence in America a “public health crisis.” The resulting campaign has earned the top prize in the “Crisis or Issues Management Campaign” category of Ragan’s Health Care PR and Marketing Awards.

Dozens of physicians addressed the issue during the conference, talking about the impact of gun violence on communities, mental health practitioners and ER doctors. Recognizing that the usual cycle following a mass shooting had to change, the AMA opted to take a leading role in communicating with reporters, activists and the majority of Americans who want sensible solutions to the problem.

The communications team decided its primary challenge was shifting the conversation from the 2nd Amendment to the impact of gun violence of public health. The comprehensive approach the team settled on included plans to publish an op-ed after the next inevitable major shooting of the year, development of key messaging, amplification of moments where administration voices opened the door to resuming gun violence research, establishing a partnership of a group of physicians ready to fund research themselves, coalescing support among physicians and enabling physicians to tackle the issue individually.

The effort was launched in the wake of the Parkland, Florida shooting, followed by widespread distribution of an editorial board memo that resulted in increased media coverage. News media also picked up on a section of the AMA president’s speech during which he called on doctors to take the lead on the issue.

Early results have been encouraging, with more than 1,000 media placements and 3,000 news clips mentioning the AMA in the wake of the Parkland shooting.

Congratulations to the AMA communications team. 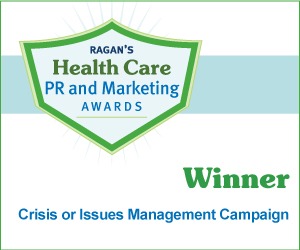