Diversity and inclusion are core values articulated by the American Association of Nurse Anesthetists, which for two years has celebrated their value with a social media campaign encouraging registered nurses and students to share a photo and an “I Am Me” statement with their colleagues.

The campaign was executed in 2018 with no paid social media advertising, but it was successful enough to earn the team a $2,000 budget for 2019. The results of that campaign have brought the association’s communication team first-place honors in the “Social Media Campaign” category of Ragan’s Health Care PR and Marketing Awards.

During the campaign, 55 members submitted photos and statements that were shared during Celebrate Diversity Month in April. To inspire members to contribute photos and statements, the team selected a member of the Diversity & Inclusion Committee to serve as the face of the campaign with a promotion on Facebook. The 2019 campaign also introduced a change from email submissions over the course of the month to an online form with a shortened time frame.

The posts that shared the 55 submissions reached more than 25,000 people and produced more than 6,500 reactions, 170 comments and 150 shares. The paid advertising on Facebook and Instagram helped account for an 80% increase in impressions over 2018, a 135% increase in engagement and a 23% increase in link clicks. 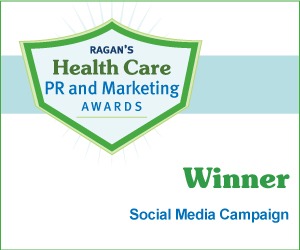