The Society of Neurointerventional Surgery, the group representing surgeons who deal with strokes, understood that current triage systems often cost stroke victims their lives despite the fact that everyone in the U.S. is less than an hour from a facility that can perform a specific, revolutionary stroke surgery that saves lives and limits disability.

The application of a new visually arresting design to draw attention to the society’s materials—executed by Vanguard Communications—has won first place in the “Visual Design” category of Ragan’s 2019 Health Care PR and Marketing Awards.

The society launched its Get Ahead of Stroke campaign three years ago, targeting state governments, EMS personnel and others to revise triage practices to more quickly diagnose patients and get them to the right facility as quickly as possible. The design was applied to the campaign website, which now features design-consistent infographics that are easily shared via social media channels and have been repurposed for conferences and meetings, and as table tent centerpieces.

The team also developed a “fan deck,” horizontal pages printed on heavy stock that fan out, making it easier for society members to explain the campaign goals to legislators and other stakeholders. A deck of playing cards was produced that features an app for emergency medical personnel that helps them establish whether a patient is having a stroke.

The playing cards were one of the most popular items at the EMS World meeting in October; the app was downloaded more than twice as often as it had been in the weeks following the conference. The other materials have also produced positive feedback. 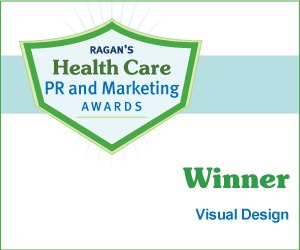